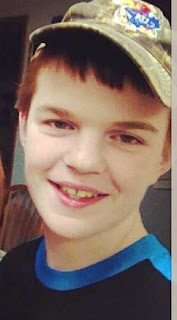 My thirteen year old son Tate has autism. He also has 3 brothers and 3 sisters and an iPad with a texting app. Tate loves to text. Often we can hear clearly in the texts things he could not communicate orally. When conversing orally with Tate there are delays while he processes and tries to catch up. There are distractions and we can totally lose him. We interfere with his processing by repeating questions or becoming impatient while we wait on him to process. We try to put words into his mouth and finish his sentences sometimes to speed him up. We often think we know what he is trying to communicate to us and we are not always correct. Tate's written communication is not always easy to understand, especially if he is uninterested in what he is writing about (school work.) However, when Tate is focussed and invested in what he wants to converse about, he nails it. Just as his favorite conversation topic is movies when he is speaking, movies are the number one thing he texts us about as well. Following are some of the best of the best texts Tate has sent us.

A penny for Tate's thoughts...

This was one of the first texts Tate ever sent. It was sent to his oldest brother Titus. Tate came home from school sick. Tate's science teacher had given him a penny they had used in an experiment. That was two years ago and the penny is still a favorite treasure. Notice how resourceful Tate can be. When he cannot spell the word "picture" to Titus' satisfaction he switches to the word "photo." This photo of the screenshots strung together is a little harder to read than the others. Stick with it. It's worth it. 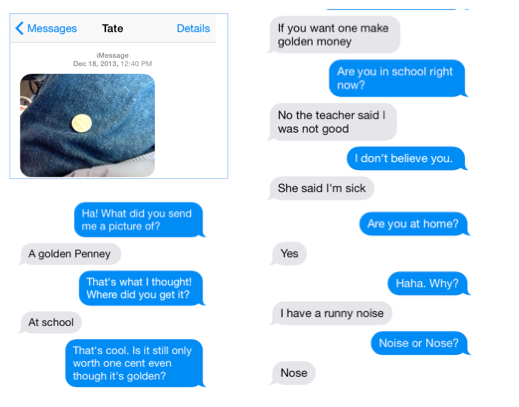 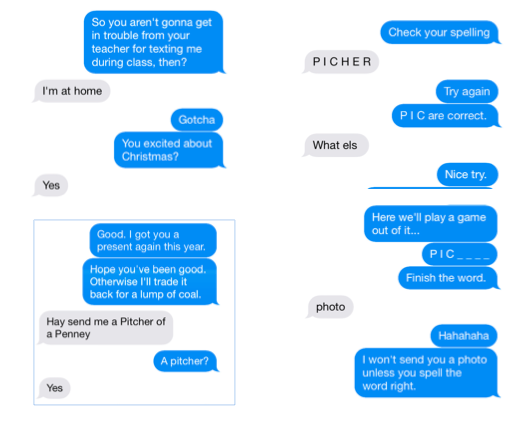 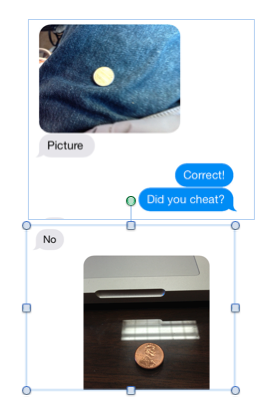 This is a very recent text, sent to Tate's oldest sister Regan. It is an example of what Tate does when he hears of a new movie he'd like to see. He fills someone's inbox with images and texts. The target lately has been Regan. She's so patient with him, even though he misspells her name every single time. Ha 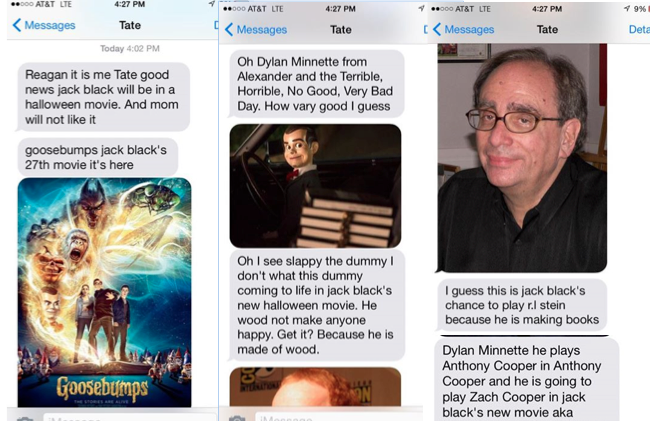 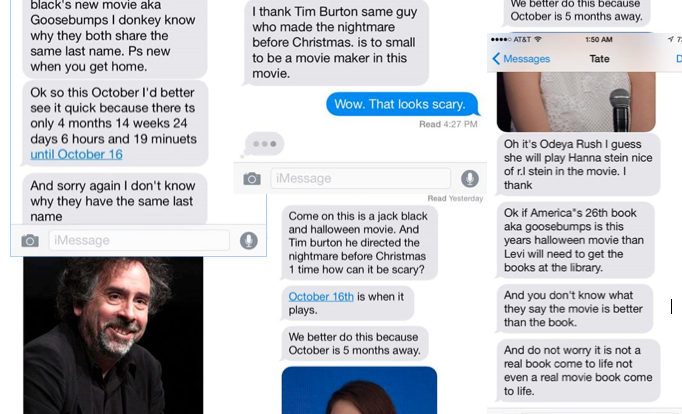 Tate picks random numbers out of the air when he wants to count something. You might have noticed he says this is Jack Black's 27th movie and he mentions a 26th book. He could have latched onto those numbers from a website but he often just "guesstimates" and has no basis for this guesses. Did you note that October is "4 months, 14 weeks, 24 days" away just a few texts before he says October is "3 months" away? And the name Cooper caused Tate some confusion because it is used more than once by the same actor? Who else would even remember a character's last name was the same in the last movie they saw him in? Words like "niece" being spelled as "nice"," "donkey" instead of "don't," and "vary" when he should have used "very" make these texts even more endearing to me. The joke about the dummy being made of wood and using the word "wood" instead of "would" cracked me up. I seriously doubt it was his own joke. He probably saw it somewhere else. But once in a while Tate really does surprise me with something original. Oh, and the reference to Levi needing to read the books is so funny to me because Levi and Tate neither one like to read much. Both would much rather see a movie. Tate is saying Levi should read the book first but he will not offer to do the same! Tate looks out for Number One! Ha

After all that commentary, Tate still felt the need to send another the next day. 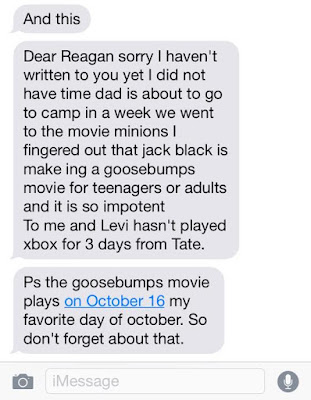 Tate's birthday is October 11 and Halloween is a favorite holiday so I'm pretty sure the 16th has never been his favorite day of October before. And speaking of Halloween... 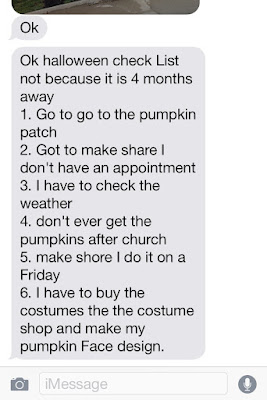 #2 is clearing the calendar. I lost it on that one. #4 and #5 are in reference to a Halloween 2 or 3 years ago when we didn't make it to the pumpkin patch and ran by a store to get the kids' some pumpkins to carve after a church service. Tate can hold a grudge for years.

And speaking of grudges. If he gets mad at Mom for something then his brothers and sisters hear about it. I put his teeth "in danger" in this text. Oh, and things he does not want to do are often "illegal." I wondered where the "bedding" (betting) reference came from and a Facebook friend clued me in. (Thank you Amanda Z.) It is a Big Hero Six reference. Tate uses so many movie lines and they often fit right into a conversation quite appropriately. Sometimes I can identify them but often I cannot. I just know that many of Tate's thoughts are not original but "borrowed." 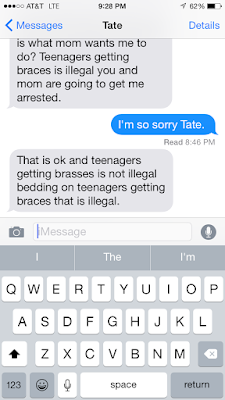 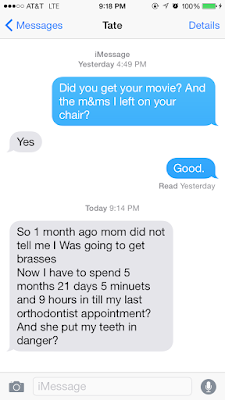 Tate's thoughts on righting a wrong: 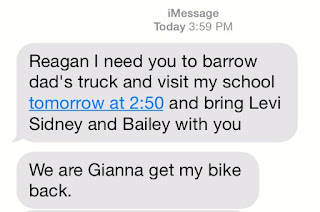 and then the next morning.... 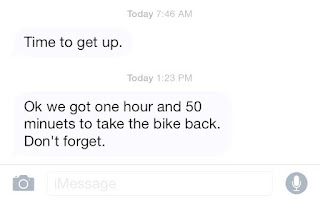 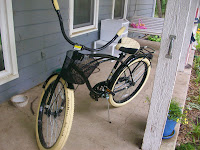 This was a big deal in Tate's world and made the rounds in our family. It is one of my all-time favorites. The last nine weeks of 7th grade bike rides were part of Tate's Physical Education program at school. He'd just learned to ride a bike at an iCan Shine Bike Camp the summer before and I'd hoped they could work on it at school some. Tate was so upset his bike was "out of place" and being kept at school. When I wouldn't come to his rescue, he planned a bike heist and wanted Levi and all three sisters to assist him in his efforts. They were "gianna" get his bike back. He often texted me pictures of his bike sitting on the front porch "where it belonged" and reminded me that keeping bikes at school was "illegal."Ha

Tate's thoughts on The Tablet of Ahkmenrah:

Most texts are about movies and Tate can become very persuasive (demanding). The Night At The Museum Movies are a favorite. He is obsessed about the tablet of Ahkmenrah and of all the things he misspells, that is not one of them. 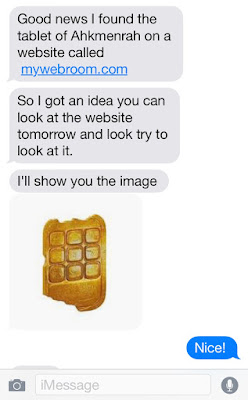 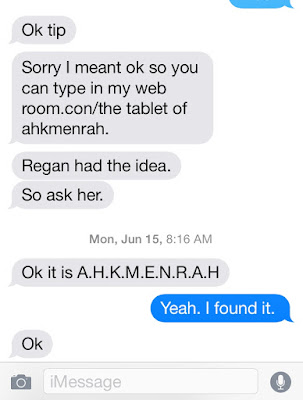 Tate's thoughts on justice, and my typos: 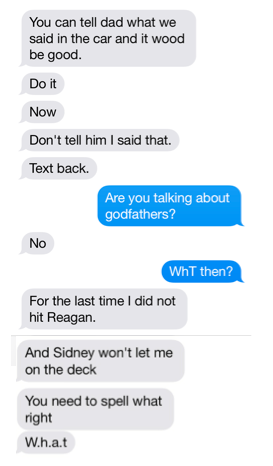 What a little hypocrite. His spelling is so much worse than mine!

Tate's thoughts about the care he was receiving in my absence recently: 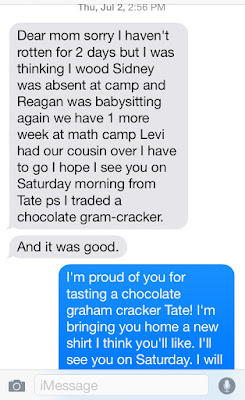 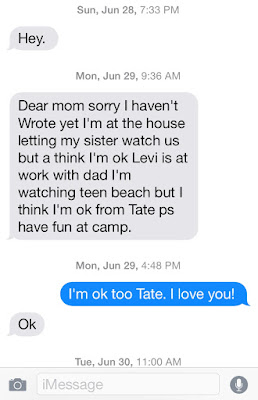 Notice how Tate reassures me he's okay in the first text. He does that when he's stressed and he wants to reassure himself. A day or so later he texted me to tell me he was too busy to text me. By the end of the week he was hardly missing me. He did great. We'd only been apart that long the two times I travelled to Russia to adopt Sydney. He was 3. I think it was much harder on him back then. Tate's sisters sure will be glad when he learns to spell their names correctly.

And I'll end with my personal favorite. It was so random and I loved how he thinks I'm clueless and need guidance in these things. HA 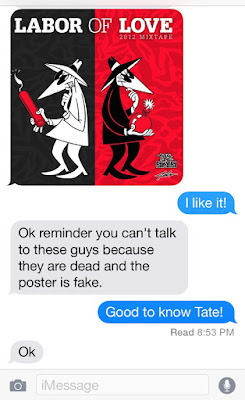