My son Tate has autism. Tate is a freshman in High School this year, and is just beginning the second quarter. At this point, his teachers have gotten to know him and his quirks, his abilities and his inabilities, some of his anxieties and obsessions, and just how much fun he is to have around.

This is the second in a series of posts about Tate's freshman year of High School. You might like to start with the first. If you haven't already seen it, click here: Transitioning to High School with Autism

Last week I attended parent/teacher conferences. I always go to meetings with new teachers with just a little trepidation, hoping they “get” what autism is and how to best communicate with Tate.

I got to hear some really fun stories about how Tate is settling in and how his teachers this year have come to enjoy him. And I got to hear the other side of a few of the things Tate has come home and told me about. 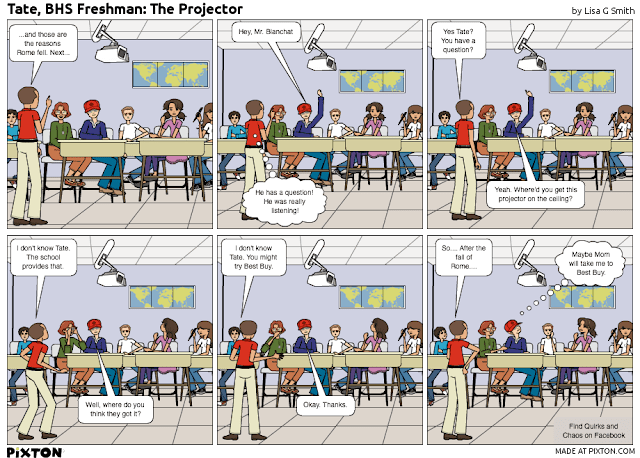 And Tate is excelling in math this year.

Although Tate’s math teacher had nice things to say about him, Tate is unsure she really knows much about math at all.

The math teacher is not the only teacher who has given Tate new notions to ponder.

This is the first year Tate has had no organized lunch buddy program. He is doing well on his own. One of the teachers he had in Junior High sat with him while he ate lunch recently. 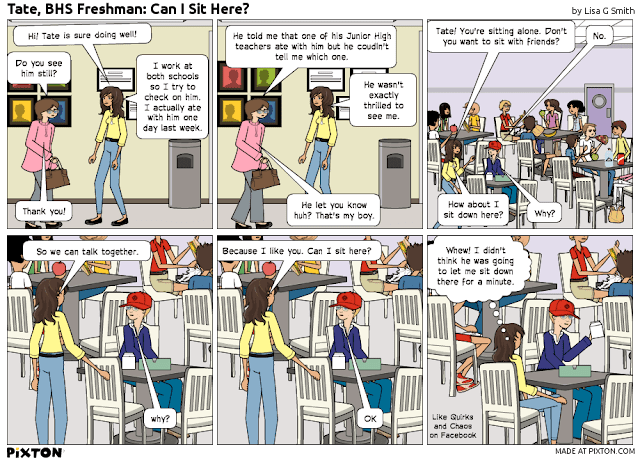 Lunch was not the only concern I had about Tate being in High School. I worried about his ability to maneuver through the crowd. Choreographing his movements to those around him is difficult for Tate. They tell me he is colliding with others less frequently now. Tate's size is intimidating enough that he will likely never be hurt, but I do worry about the other guys. 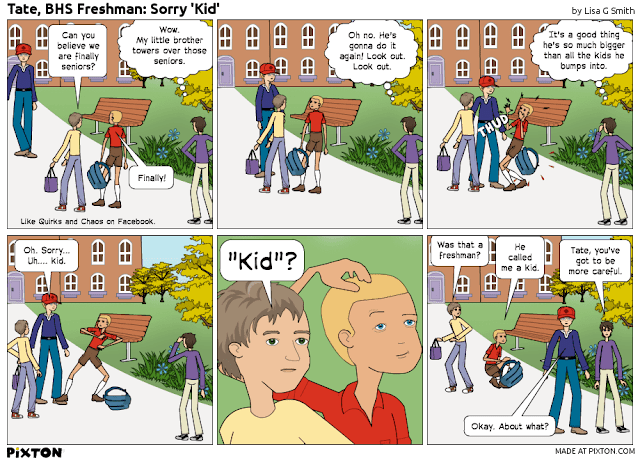 Not many kids like homework, and Tate is no exception. The name “homework” itself annoys him. If it is schoolwork, then it should stay at school. It baffles Tate that schoolwork can be brought home and relabeled as homework. He does not like his two worlds to mix. 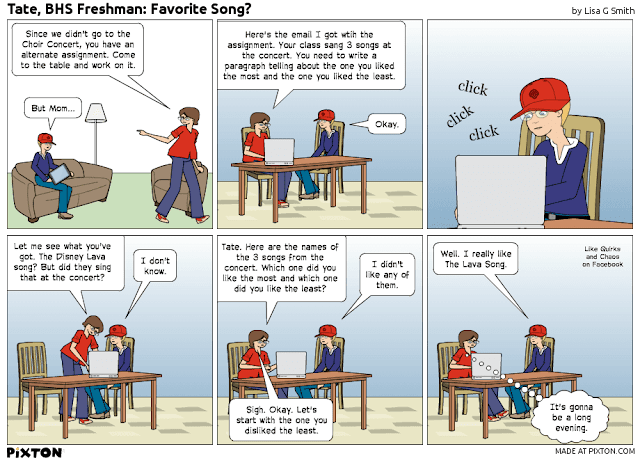