The Memory That Does Not Fade

I remember the day my precious little boy was diagnosed with autism. Portions of that day have faded but much of it runs in a loop I can play in my mind over and over. I remember the phone call I placed that morning, in a panic, asking if I could get “right in” to see the pediatrician I trusted. I remember the receptionist asking me what symptoms my child was having and I remember telling her my suspicions. I remember the difficulty I had putting those words together and speaking them out loud. I remember her telling me that I could bring him in almost immediately. I remember picking my little boy up and putting him in his car seat, handing him his cloth diaper to hold; and I remember driving the thirty minutes to our appointment time. I prayed the whole way that I was wrong; that what I had found on the Internet during the night was not what Tate would be diagnosed with. 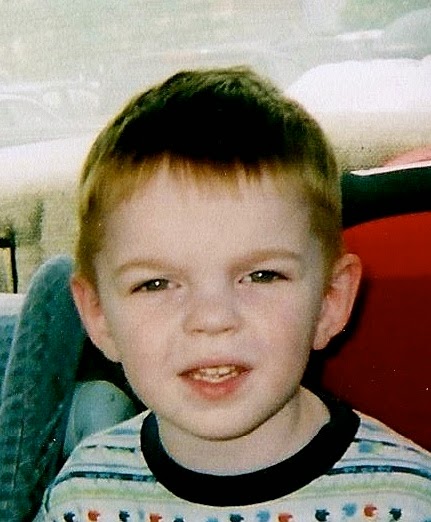 Autism: it had been in the back of my mind for months but I had not seriously considered it. I had not said the word autism and meant it before that; but after putting Tate to bed the evening before, and lying next to him, I had been forced to face the reality that something was wrong. Something was not just “a little off” but something was REALLY terribly wrong. I remember lying next to Tate. He was whispering to someone or something that only he could see. His words were not really words anymore but gibberish. He seemed to know what he was saying but no one else did and it did not matter to him. What had happened to all the language he used to have? Why didn’t he talk to me anymore? What language was he speaking and whom was he speaking to? Where had my little boy gone? I remember getting up out of the bed. I remember that Shawn was snoring. I remember going into the study and googling “mental illness in children.”. After hearing the strange language and the whispering he seemed to be doing to invisible beings, I was sure my little boy must have a mental illness. I remember the hard-backed chair I was sitting in at the desk. I remember typing in the symptoms I had been noting and the things I had been questioning in the weeks leading up to that night. I remember when the word “autism” came upon the screen. I remember taking a test and scoring Tate, afraid to read the results. I remember the first time I ever saw “PDD-NOS” and learned that there were different kinds of autism. I remember running to the bathroom to be sick, tears running down my face. I remember waking Shawn and asking him to come and read the things I had found. I remember Shawn reading, looking at the test I had found and calmly telling me he thought I had just accurately diagnosed Tate. I remember Shawn eventually going back to bed and I remember sitting at the computer the rest of the night shivering, reading, and crying, wondering and worrying.

Our appointment with the pediatrician was set for 11:00. I remember. I had called at 9:00 and the sympathetic girl on the other end of the line had told me to be there at 11:00. I don’t know what I would have done if they had put me off for a day or two. I remember thinking that over and over, “Thank goodness they let me come right away.” I remember sitting in the waiting room. There is a waiting area for well patients and a separate waiting area for the patients who are sick. We waited on the well side and I wished we were only there for an ear infection or a cough. Normally, I hated sitting on the “sick side” amongst the germs. I would have given anything to switch sides that day. I remember the nurse who called us back and I remember sitting in the patient room. I remember which room, in the maze of rooms in that practice, we used that day. Tate sat on the carpeted floor. There were some neat trucks in the room that my other children had often played with. Tate ignored them. His cloth diaper was much more interesting to him. I had brought Tate’s three favorite things with us. I wanted the doctor to see them. He had a cloth diaper, a small set of beads on a blue wire that twisted and turned, and a hardback novel about two inches thick. I cannot remember the name of the book but I believe it had a green cloth cover. Tate could not read it of course, but he loved that book. He would sit with it on his lap and fan the pages of that book for 20 to 30 minutes at a time.

I remember the doctor coming into the room. The door of the room was one that slid on rails instead of opening on hinges. Dr. Loveland, he always called himself “Dr. Chuck” when he spoke to the kids, asked me why I had come. I said, “I think there is something wrong with my baby” and I began to cry. Dr. Loveland handed me a tissue and stood next to me and watched Tate “play.” We watched as Tate tossed his cloth diaper into the air over and over, watching it drop. Tate did not look up and acknowledge the doctor or notice that I was crying. He just tossed that diaper up in the air and watched it fall. I told the doctor that it was Tate’s favorite activity. Dr. Loveland asked, “What do you think?” and I said, “I think he has autism.” Dr. Loveland’s exact words were, “I suspect you are right.” I remember them clearly. He stood and watched Tate and waited quietly until I could talk and then he asked me what kinds of questions I had for him. I remember asking, “What do I do?” and him promising me he would make sure I got all the right phone numbers and contact information for people who could help me. I remember him telling me that I would need to take Tate to a developmental pediatrician for an official diagnosis. I remember asking him what our future would be like and what would happen when Tate was grown. I do not remember his exact words but I do remember that Dr. Loveland did not lie to me. He was very compassionate when he told me that the future would be somewhat limited for Tate. He told me that he had many teenaged and young adult patients with autism and oftentimes parents had to hire help when they were older and their children became adults.

I remember leaving that appointment with a very heavy heart. But I also remember the phone ringing soon after I got home and Dr. Loveland’s nurse making recommendations and giving me phone numbers to call for information and services. I did not feel alone or abandoned. I was not ever treated with anything except compassion and kindness. So many parents with children diagnosed with autism have horrible stories to tell about the way they were told their children have autism or how the doctor treated them. I have nothing but nice things to say about the pediatrician and the people he referred me to.

It is possible that more and more of that day all those years ago will fade from my memory as more time passes. But, I somehow doubt that I will ever forget the compassionate doctor who helped me take my first step into the world of autism. I am so glad it was Dr. Loveland standing beside me that day. Dr. Loveland passed away recently and he will be missed. He was a great man and I am thankful he was in our life.

Find me on Facebook at Quirks and Chaos. Like what you read? Want to become a follower? Click on the Google Friend Following gadget on this blog. It's over on the right side and asks you to subscribe. Or you can add the URL (the web address in your search bar) to your Reading List. You can do that by clicking the plus sign in front of the URL. Thanks!

This is a post called: What is Autism or Why Does Tate Act That Way? This is another post about our experience with a great practice of pediatricians: Why I Still Get the Recommended Immunizations