The Evolution of Autism

In the past twelve years I have heard, “Autism? What’s that?” from more than a few people. And I’ve patiently answered. After all, twelve years ago I had almost no idea what autism is.

Originally, when asked, I quoted a definition of autism that went something like, “Autism is a neurological disorder that limits a person’s ability to communicate and learn from their environment. A person with autism may have trouble with communication and social skills, and they might engage in repetitive behaviors and have limited interests.” Of course, if given the opportunity I would expound on that definition significantly, because offering that general and very broad definition never really painted a very clear picture of who my son was and what his differences were.

Many, many times, I probably left the impression with people that autism is a very big and scary beast. Back then, that is what autism was to me.

When we first encountered autism it seemed like a powerful villain in a dark movie. It lurked in shadowy corners like a kidnapper who was holding my son hostage, just out of my reach. Autism frightened me like nothing I had ever known. And my definition of autism reflected that. Autism does not intimidate me now like it did back then so I can define it just a little bit differently than I used to.

Ten years ago, autism meant: discrete trials and flashcards, long team meetings, therapists in my living room for hours at a time, and a second mortgage to pay for it all.

Autism was a love affair with vacuum cleaners.

Autism meant memorizing acronyms that everyone around me seemed to already understand without pausing to decipher, always leaving me a sentence behind while I tried to keep up.

Autism meant learning a whole new vocabulary and using words like perseverate and echolalia on a daily basis. 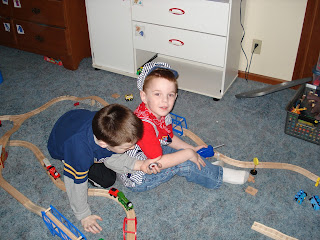 Autism meant owning every character from the Thomas series, so they could be lined up and worshipped, but rarely played with appropriately.

Autism was staying awake for hours at night to make sure Woody’s hat did not come off his head. And autism meant if the crayon from the sacred Blue’s Clues notebook was missing, we searched as long as it took to find it.

Autism turned bath time into a painful battle and haircuts into torture.

Autism was locked doors and the fear of wandering.

Autism was transition warnings, meltdowns, visual schedules, and routines without flexibility. Autism made me hold my breath, always waiting for the other shoe to drop.

Autism meant anxiety and so many fears. There was the fear of storms. And loud noises. And people in costumes. And dogs. And bats (because there might be one somewhere out there that would swoop down and flap in his hair). And police officers. And other children.

Autism meant I was constantly explaining behaviors and making excuses for the differences.

Autism meant that I dreaded detour signs.
That was a lifetime ago, but only yesterday. Somewhere along the journey, as my son has matured and time has passed, how I see autism had changed, It has changed just a little in some ways, but a lot in others.

Perhaps it is sort of like Stockholm syndrome and I now identify with my son’s captor.

Perhaps it is because I have just come to accept what is.

Perhaps it is because all the early intervention helped to eliminate some of the hardest parts of autism.

Perhaps autism has evolved as my son has aged.

Perhaps it is because autism was never really as scary as I thought it was in the first place.

For whatever reason(s) I have grown somewhat complacent with autism.  I do not embrace autism. I do not even like autism. I just do not fear autism anymore.

It was definitely a gradual thing. It did not happen in one defining moment. It’s not that we have slayed the proverbial beast that I perceived autism to be, or even that we have tamed it. Autism is still with us. It still sometimes seems bigger than us. But mostly it is in the background. We used to revolve around autism. It was at the center of everything. But these days,  most days, it lives with us quietly.

These days autism means IEP meetings that go well, and an advocate who is like family to us.

Thomas the train and Blue’s Clues have been forgotten. Now, autism means shelves and shelves overflowing with movies and obsessions about movie personalities.

Autism means that we only get haircuts on Thursdays but they are not traumatic for us. 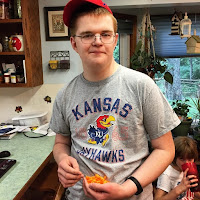 Autism means a peanut butter sandwich, chips and 3 cookies presented in the same way every day for lunch.

Autism is literal thinking and explaining the punch line of a joke.

Autism means peers who are willing to help and educators who genuinely care about my son.

Perhaps in years to come I will feel differently. It could be that as my son’s peers begin to drive, go off to college, and wed, my vision of the ugly monster will be resurrected. I can imagine as I get older and my son needs a sibling to step into his life as his caregiver, that I will redefine autism once again. But for now, these days, autism is just a quiet part of who our family is.

My son, Tate, and I just came away from the Pixar movie, Finding Dory. It’s been on our calendar for weeks, as are most animated films. Movies are Tate’s “thing” and we rarely miss one he shows an interest in.

I had not seen a trailer for Finding Dory. The only thing I knew going into the theater was that it was a Pixar film and a sequel to Finding Nemo. Finding Nemo was a favorite of Tate’s when he was young, and Tate has much of the dialogue memorized. I knew Tate was going to love the movie, but I did not expect to be overly interested myself. I had no idea that three blue cartoon fish, a couple of clown fish, and a grumpy octopus (make that a septopus) would draw me in and cause me to feel gut wrenching empathy and compassion during parts of this film. Throughout the film I found myself comparing Tate and autism to Dory and her own disability. Dory was unable to remember the things she needed to do to be successful and to keep herself from harm. I saw myself in the caregivers who surrounded Dory and tried to keep her safe.

As a very small fish, Dory’s parents tried so hard to surround her with rules and plans. They taught her rhymes and songs to help her remember the safety rules. They taught her to repeat her name and her diagnosis. They showed her the path back home over and over and marked it for her. And still Dory’s mother cried and worried because it might not be enough.

I remember all the discrete trial programs we had for Tate. He memorized his parents’ names and his address. Those things meant nothing to him, but he could spout them if asked. In the autism community we have Tee shirts that help our kids tell others they have autism. There are ID bracelets available. We can buy signs for our cars and even stickers to put on their bedroom windows for rescue workers to see. Some of us have service dogs and special locks on our doors. We are so very careful. And yet, we worry. What if…. 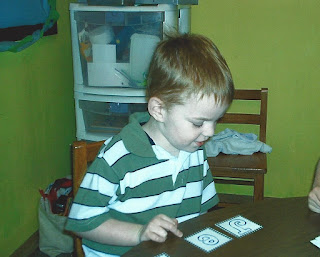 Dory, as a young fish, could not advocate for herself or find help once she was lost. As an adult fish she still depended on others to keep her safe. At fourteen years old, Tate cannot communicate well enough to advocate for himself amongst strangers, nor would he know who to turn to and ask for help. Through no fault of her own, Dory made tremendous mistakes at time and she felt guilty because she could not do the things she felt she should have been able to do. I hear Tate constantly apologizing for things he cannot do because of his autism. I assure him that there is no need to apologize and my heart aches for him.

Nemo was a character that never once gave up on his friend Dory. Nemo KNEW Dory was capable of more than she was being given credit for. He was always supportive and patient, ready to help but willing to wait to see if Dory could do it herself. Nemo is much like the typically developing friends Tate has at school. They encourage him and know just when to step in to help.

Dory’s caretakers were understanding and patient with her most of time but occasionally when things were tense, someone snapped at her, making her feel like a failure. At one point in the movie, Marlin criticized Dory and it crushed her. It rarely happens in our home. But I’m not perfect. Marlin spent a few minutes in denial that he had said anything wrong and then much longer beating himself up for what he said. Once again, I saw myself in the animated character on the screen.

Marlin underestimated Dory several times in this movie. Of course she still had special needs and needed help but there were some things she could do well. Once again, I saw a comparison here. There have been many times I have doubted Tate and he showed me just how wrong I was. At the end of the film, we saw Marlin trying so hard to trust in Dory like her friend Nemo did. But even after he had “learned his lesson” he still followed and spied from afar to make sure Dory was safe. And Dory knew. Dory knew that Marlin was watching and there for her if she needed him. It is such a fine line we walk (or swim).

SaveSave
SaveSave
Posted by mother of many at 4:12 PM 2 comments: