What is a bully?

My fifteen-year-old son, Tate, is a freshman in High School. Tate has autism. To my knowledge Tate has never had to deal with peer who is a bully. I have a theory or two about the why(s) behind that and you can read about all of that here: A Successful Buddy Program

It is hard for some to believe that Tate does not have a problem with bullies. Many people have told me that bullying is just something their children with autism have to live with. I have had a few people suggest to me that Tate is likely being bullied for his differences, but is either unable to recognize it himself and complain, or that I am just too out-of-touch to know. It really is hard for some people to understand that we seem to have done what is considered "the impossible." There simply are no bullies in Tate's life.

I wanted to explain some things about bullying to Tate and his younger sister, and that is best done with visuals for my two literal kids. The following is what I came up with... 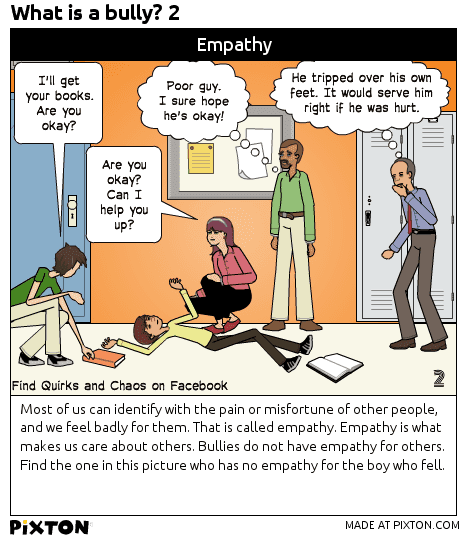 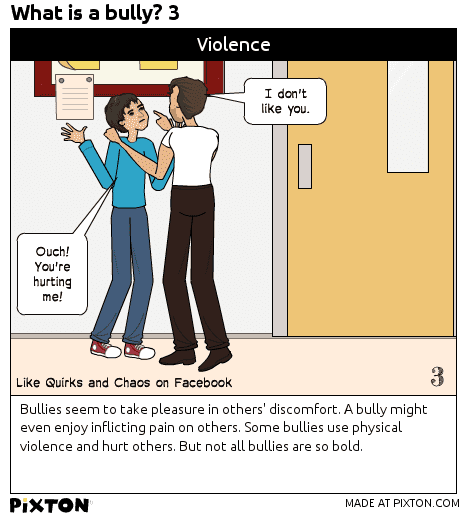 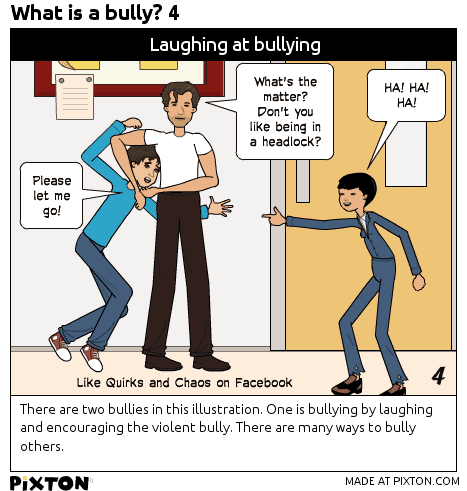 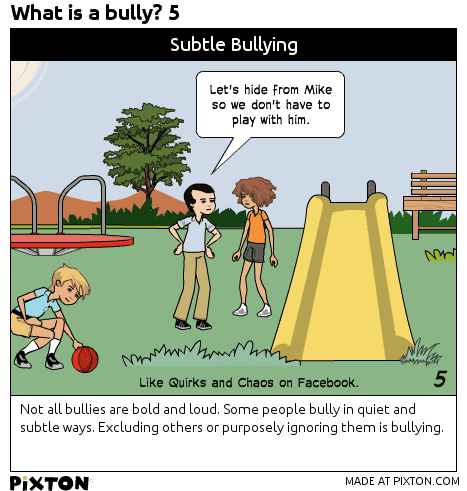 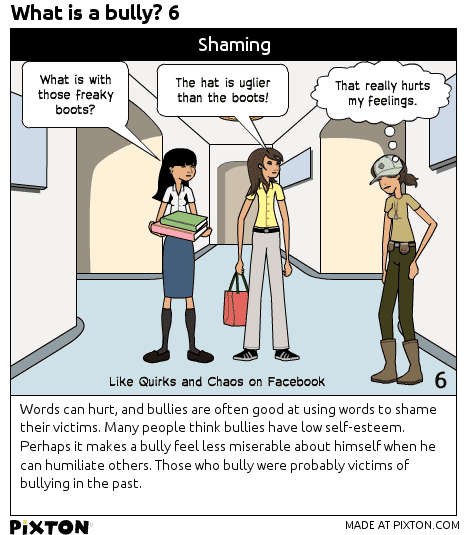 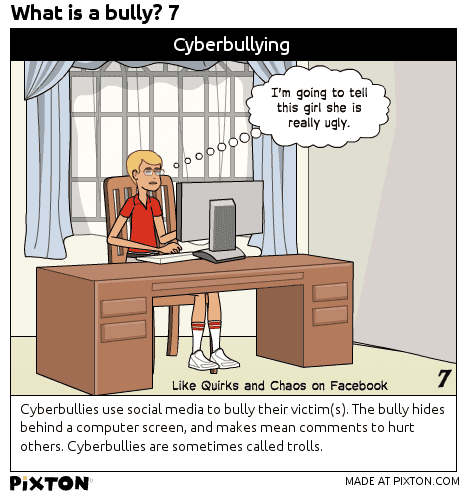 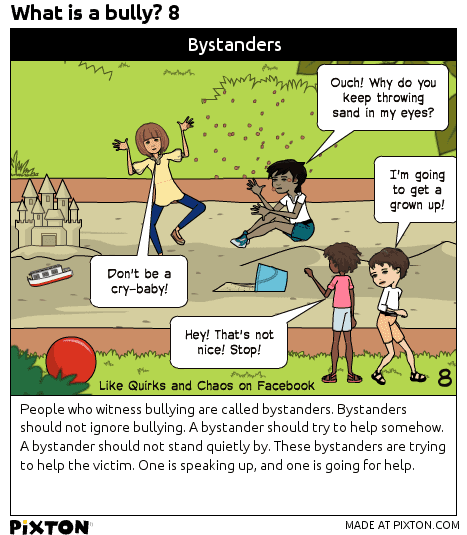 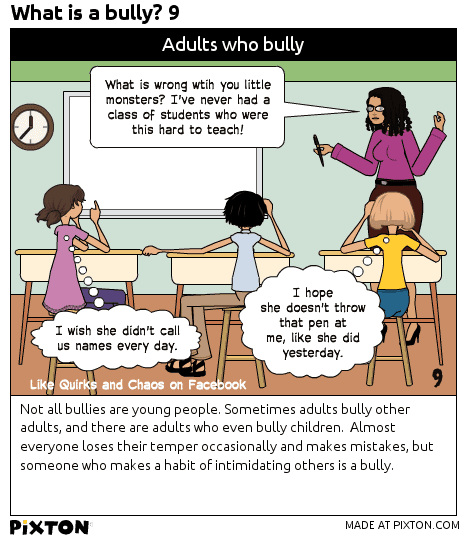 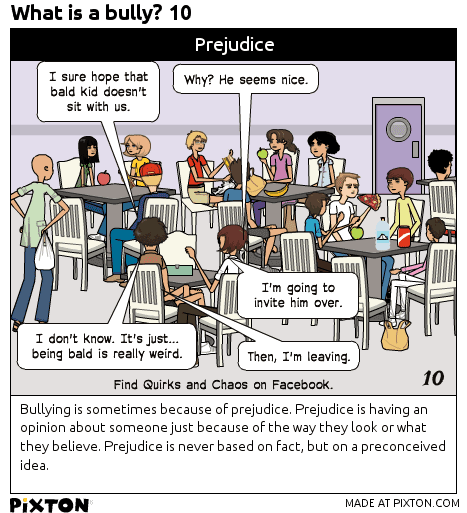 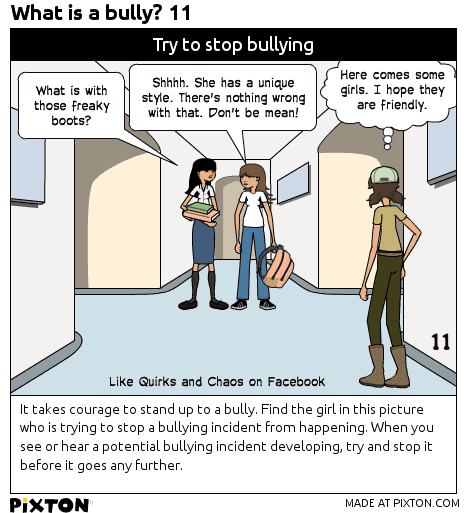 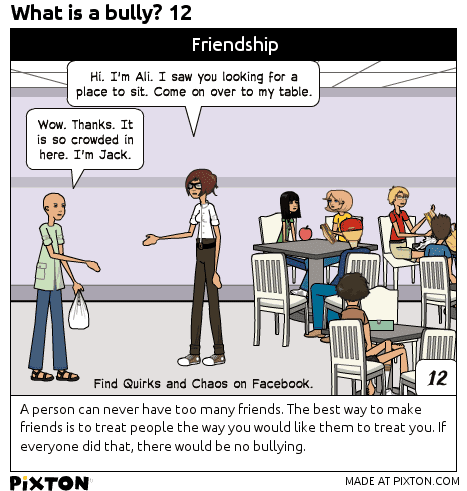 Let me know if I got it right. Are there things here you would change or add? Find me on Facebook at Quirks and Chaos.